Once upon a time in California, a young Marine sergeant left the military to pursue a career in politics.  Combining his military service with a conservative narrative, he seemed a perfect fit for the Republican Party.  Indeed, that won him an election and sent him to the State Assembly less that a year later.  There he served honorably and well to the point that his fellow Republican Assembly members elected him as Republican whip in another two years.  He was popular at home, too, and, facing term limits, chose to run for San Diego City Mayor in 2012.  One of his opponents was another popular Republican politician who had concentrated his career on city issues and just served a very successful term on the San Diego City Council.  Both men sought the San Diego County Republican Party’s endorsement.  The councilman won it, and our Assemblyman, in a fury, announced he was no longer a Republican but would re-register and pursue his mayoral campaign as an Independent.

In so doing, he virtually assured the election of Democrat Bob Filner.

Filner resigned less than a year later in disgrace, and our former Assemblyman, now a Democrat, again ran for Mayor and again lost.  Unabashed, he took a senior corporate position and became an adjunct professor at the University of California, San Diego.  He became increasingly active in local Democratic Party politics and divorced his Republican wife to date then marry a Democrat CA Assembly leader.  Throughout this period, he moved from his former conservative stance to an increasingly liberal, not to say progressive position.  It paid off for him.  In 2018 he was elected as a San Diego County Supervisor and has since supported numerous liberal policies including the redefinition of women to include anyone claiming that gender under any and all conditions.  He also supported Biden’s and Newsom’s vaccine mandates, even going so far as to post the attached Instagram posting after being questioned. 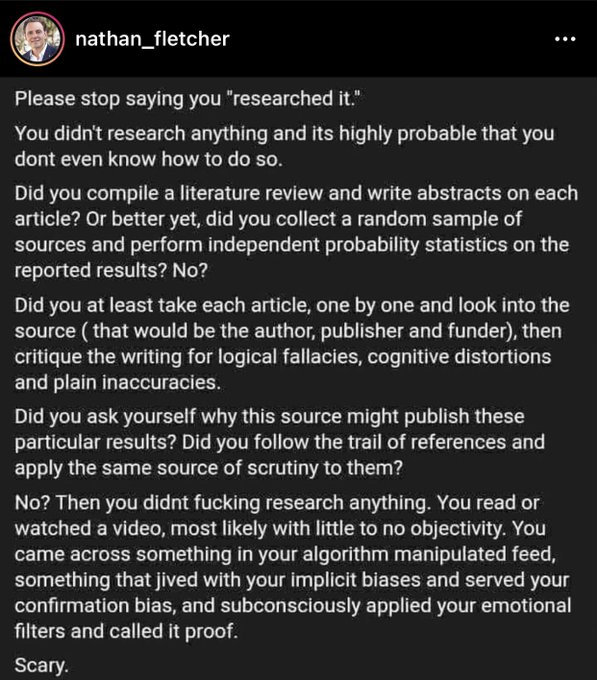 As we said, the man has a temper – which in this particular diatribe also underlines his personal arrogance and disdain for any who choose to disagree with him.

Let’s defeat this opportunistic egoist who has shown time and again he’ll let nothing stand in the way of his own ambition.